The country is famous for its musicians, but they depend on scarce imports 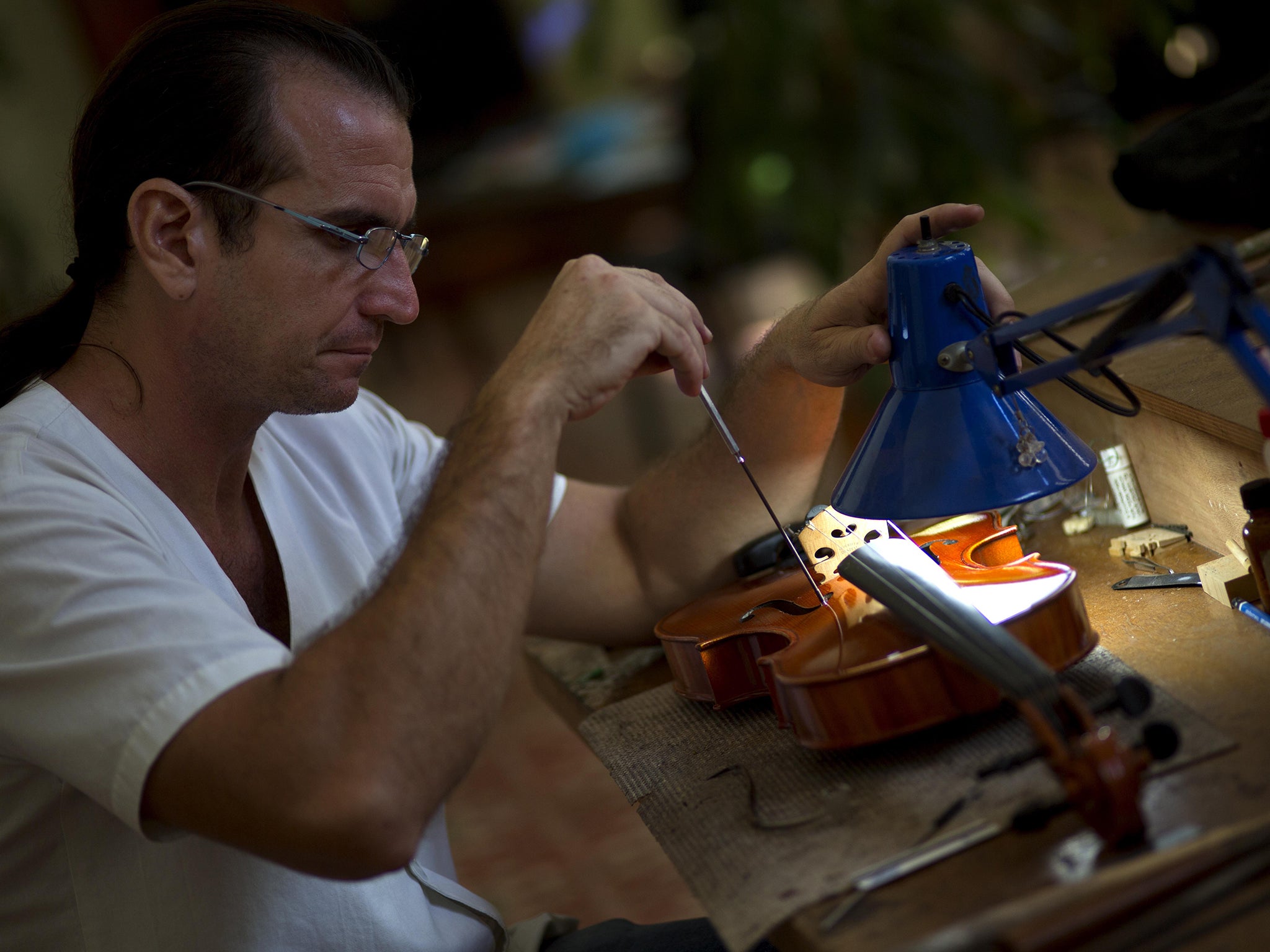 In a light-filled workshop cluttered with tools and pieces of old string instruments, three men carve strips of imported wood and silently measure the angles of violin pegs and viola necks bent out of tune by years of use.

Here in the heart of old Havana, Andres Martinez and his two apprentices wage a daily battle against one of Cuba’s lesser-known economic problems: a country famous for its music is running low on musical instruments.

Cuba’s dozens of free music schools turn out thousands of skilled young musicians each year, many of whom play imported instruments that can only be repaired and maintained with hard-to-find materials from abroad. Delicate and complex, string instruments are among the hardest to keep in tune.

Before Cuba’s 1959 revolution, many students played violins, violas, cellos and bass from European workshops. After it, the Soviet Union provided violins and cellos, along with many other goods. Now, as Cuba struggles to revive its stagnant centrally planned economy, students must make do with violins from China that too easily pop strings and lose their tone.

Sponsored by the city historian’s office and a Belgian non-profit group called Fiddlemakers Without Frontiers, Mr Martinez and his apprentices repair dozens of instruments a year, make a handful from scratch and train aspiring young violin-makers in an attempt to create an indigenous Cuban violin industry.

“We do everything here from minor repairs to major renovations,” said Mr Martinez, 41. “It’s a profession that requires a lot of dedication.”

Mr Martinez began as a furniture repairman for the historian’s office, a city agency in charge of caring for Havana’s cultural heritage, most importantly restoring the historic heart of the colonial city.

Since the opening of the workshop three years ago, he has overseen the repair of more than 400 violins, violas, cellos and bass violins, the restringing of some 200 bows and the manufacture of a dozen high-quality violins for professional musicians.

Using high-end imported tools and varnishes, Mr Martinez takes pride in a quality of work that he says can’t be found among amateur repairmen who use hammers to fix violins. “Fiddle-making isn’t carpentry,” he said. 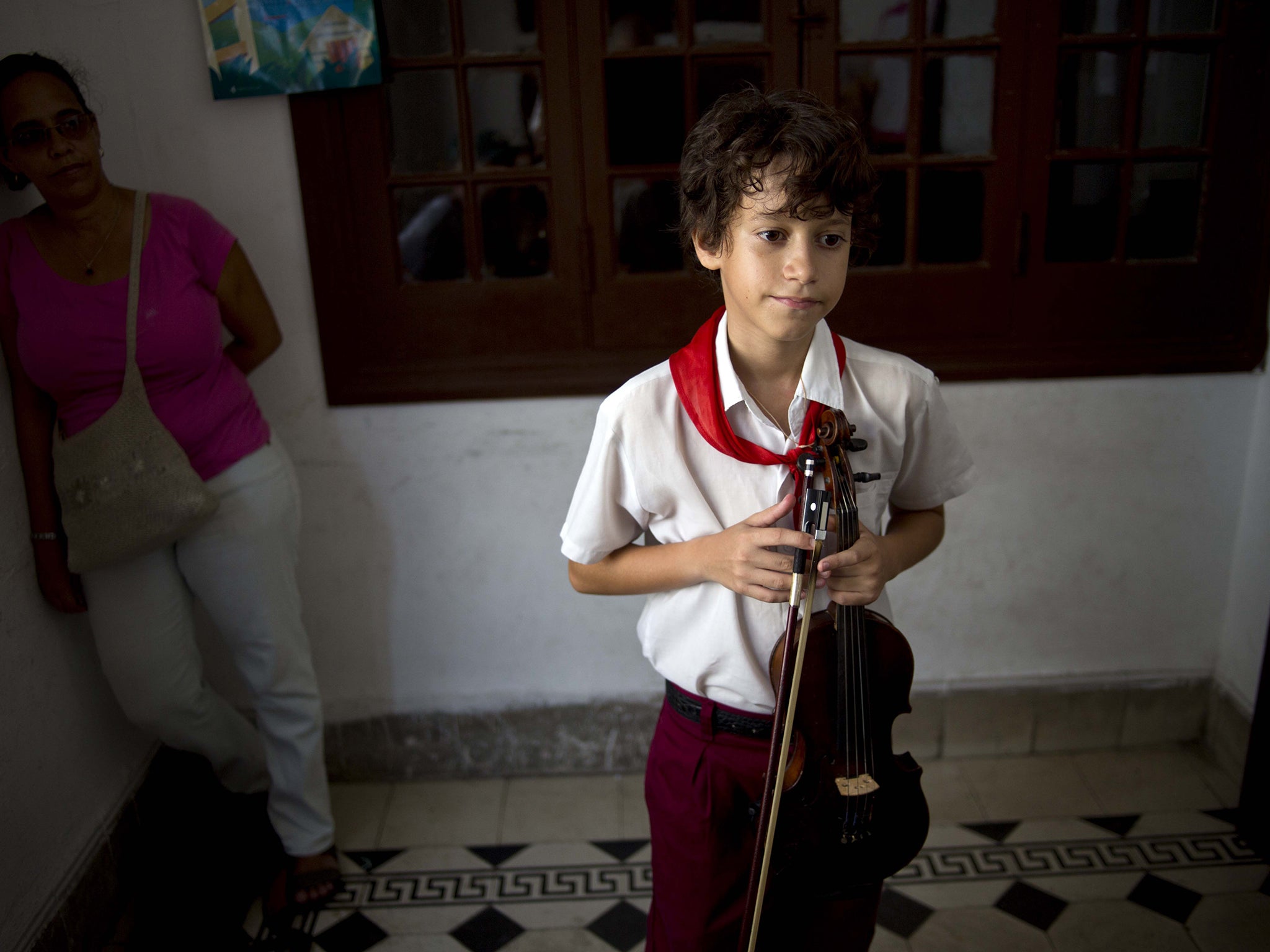 The workshop lends instruments to musicians who need them for concerts or competitions, and has come to fill a gap left by the death or emigration of Cuba’s handful of world-class violin repairmen in recent decades, musicologist Miriam Escudero said.

Cuba opened a violin factory in the eastern province of Camaguey in the 1970s but the native cedar didn’t have the quality and resonance approaching that of European rosewood and maple.

Mr Martinez says his team’s next challenge will be converting the workshop into a self-sustaining operation. They are considering applying to be a co-operative, a new form of business that the government hopes can be more efficient than many faltering state industries.

The future of Cuban music may depend, in a small way, on their success or failure.

“It’s like with people,” said workman Juan Carlos Prado, 25. “If you feel bad, you need a doctor. The same thing happens with a musical instrument. If it isn’t working well, you can hear it in the music.”

View all posts by admin